Your friendly neighbourhood yoonjinkook trash who is procrastinating on something important at any given moment.

All Bark, No Bite

Kim Seokjin is definitely not a vampire. He truly isn’t.
Jungkook believes him. He does.
Except, he really doesn’t - not in the slightest.Or, Jungkook meets Seokjin at his Halloween party and is hellbent on proving that he is a vampire because how on earth can someone even be allergic to garlic?

Nothing Gold Can Stay

In the year 1016, Crown Prince Yoongi makes an attempt to escape his present, running away from his upcoming political marriage and other demanding responsibilities.His plan goes awry, and he ends up waking up a thousand years in the future as Suga of BTS.

“Hello everyone! Welcome to Trivia Murder Party: Horror Edition. You have been chosen to be part of a game that is to die for! I’m your host for the game, but you can also call me ‘the guy who will kill us tonight’!”

Or, Jungkook wakes up in a room with six strangers and must play a trivia game that has a penchant for killing people.

Nothing Gold Can Stay snippets

Yoongi’s Untitled Shijo
Shijo (a traditional style of Korean poetry)Bright camellias in half-bloom
blend into the backdrop of snow:
You stand facing away from me
and I walk by with a muted heart in tow.
A breeze, a touch, my resolve breaks
we kiss under the moonlight’s glow.

There's nothing here yet...

May I offer you a florescent Jungkook instead? 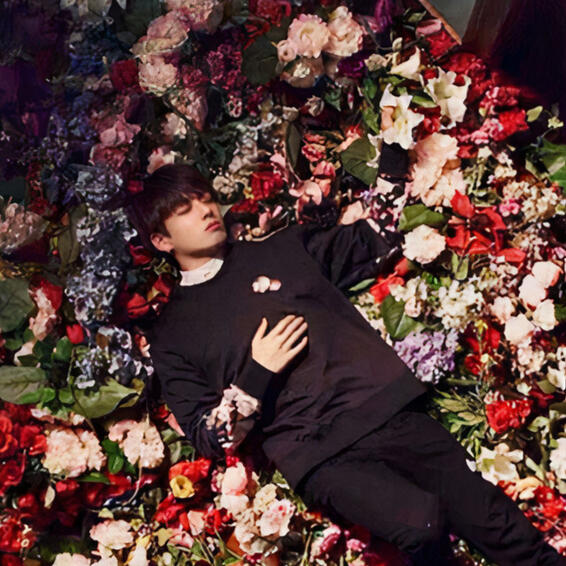 "A flower that resembles you

Blossomed in this garden of loneliness."